Tyler Perry Has It Right: Ownership Is Everything 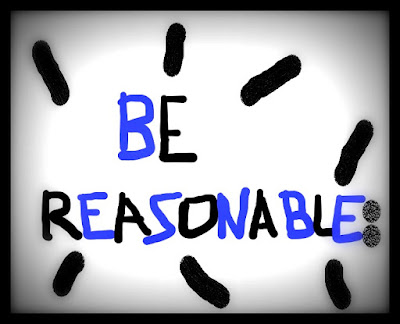 <i.>
Let's face it. If we've learned anything from our run-ins with the digital marketplace, it's taught us the price of everything, and the value of nothing. It's one of the biggest, darkest flaws running through the gig economy, which is as corporatized and commodified as...well, the Web in general, these days.

Here's how the basic business model works, if you're not familiar with it. (I'm making this proposition for argument's sake. With so many people resorting to sites like Mechanical Turk for survival, you'd have to visit another planet to find someone who isn't familiar with gig work, in some way. Then again, there are people who've never used Facebook, signed up for cable TV, or used a cellphone, right?) You sign up, which may or may not involve some sort of audition, demo, or test.

You may also undergo an interview, though that's only happened to me a couple of times, usually for a writing-related opportunity. (I usually turn them down if they want me to essentially do something complicated from scratch, for free, especially if it might take a few hours of my time.)

Depending on how your initial screening goes, you'll get in right away, or go on a waiting list, if the site's popular enough. Then you can get right to work, for rock bottom rates that run all over the map. In my experience, $5-40 per item is the range, with the median landing at $10-20.

The pros? As much work as you want. No need to invoice anybody, nor wait for someone to send you a check (as the middleman, the site takes care of it). No need to worry about somebody spacing out on those finer details. Generally speaking, the work won't strain your brain, so once you get into a certain rhythm, it's theoretically possible to raise whatever per hour rate you've set as your benchmark.

The cons? Plenty, baby, plenty. You'll work like a pack mule for next to no money, and those rock bottom rates rarely unless the entity involved needs to clear a lot of excess work off its platform. Actually, your rates usually go south, because if see you doing too well, they'll cut your pay. If it's a writing-based site, you may get multiple, rewrite requests that eat up more of your time that you could spend seeking out better paying work, or credits that might advance your career.

You won't feel any emotional involvement in something like, "The Pros And Cons Of Paint Strainers," even if it doesn't get unceremoniously scrubbed, years later, off whatever platform pitched pennies at you to bang it out. You won't ever find yourself saying, Hey, I did that, because it was never yours.

Conditions change without warning, which leaves you scrambling when the work (or your rock bottom pay) drops off. Sites disappear without abruptly, too, once the promise of that quick clickbait revenue evaporates. All that piecework you did for pennies? It's gone forever, but you signed an NDA (Non-Disclosure Agreement), remember?

That means you can't retrieve or circulate all that digital sweatshop labor, so forget about raising your profile. You can't contact anybody through the site, because they might do the unthinkable, like pay something close to what your time and talents deserve.

Your name typically doesn't appear on your work, further eroding its value as a calling card. The only difference between a piecework site and an express kidnapping gang is that you've spared the bad guys the work of dragging you to the bank to drain your ATM, because you've essentially signed a piece of paper allowing them to do it as often as they want.

<ii.>
This constant insistence on NDAs, and on hiving off disputes to arbitration (another widely abused corporate practice), represents one of the most absurd aspects of how the Piecework Industrial Complex does business. The future value of a mini-masterpiece like "How To Change A Lightbulb In A Hamburg Hotel Room," is negligible, at best. We can all agree on that, I think.

But if that's the case, why does greedygigwork.com insist that you sign it over to them, forever and forever, in perpetuity, blah-blah-blah, by any and all means, blah-blah-blah, including those yet to be created, discovered or patented (as the relevant boilerplate demands)? What's the point, if nobody's going to read it, even 15 minutes from now?

I think it's time for a new paradigm. Tyler Perry made the case succinctly when he joined "wealthy celebrities like Jay-Z, Oprah Winfrey and Steven Spielberg in the Hollywood billionaires' club," as PureWow reported in September 2020. He earned a place on the Forbes 400 wealthiest Americans list, no small feat for an African-American who started off as an obscure playwright.

All that changed for Perry with his first film, Diary Of A Mad Black Woman (2005), which grossed $50 million worldwide, and enabled him to take creative control of his projects. His back catalog includes 22 films, two dozen plays, and 1,200 TV show episodes, as PureWow reported. He also owns a 330-acre studio lot in Atlanta, that serves as the hub of his creative empire.

Perry explained his philosophy thusly. "My father was a subcontractor, and he would get paid on Fridays and be so happy that he had made $800, but I would watch the man that owned the house sell it and make $80,000," Perry said, in part. "So I always wanted to be the guy that owned the house. I own the lights. I own the sets. So that's where the difference is. Because I own everything, my returns are higher. Ownership is everything."

<iii.>
Makes sense, right? Let that phrase sink in once more: "Ownership is everything." It allows you to control your destiny, to coin a phrase from pro football, where the same rules apply. Do you want to be the team that get home field advantage by winning all its playoff games? Or would you rather hang on the division-tipping outcome of the wild card game, and watch the two 8-8 teams duke it out? The answer is obvious.

Or maybe not so obvious, judging by how many people still flock to these sites, like Etsy, who reported $451.5 million in total revenue for the third quarter of 2020, right about the time Tyler Perry achieved his billionaire status. Think how far even 10 percent of that money could go, if we put it into our DIY communities, and supported each other's efforts, and developed our own networks, instead of allowing some giant corporate entity to hoover it out of our pockets, forever and ever.

Steve Chou, of mywifequiteherjob.com lays out the case against Etsy, and other sites like it, well in his post (see link below). Granted, he's not a disinterested party, but still, he makes some strong points. Like many auction sites, the sheer number of sellers means you'll probably never earn more than a fair side income, at best. And that's before we get to the overall chunk of income that you'll hand over to these folks. (In Etsy's case, plan on dedicating eight to 23 percent to them, Chou estimates.)

Given all the headaches involved, like the plethora of fees, and ever-changing policies, "you have to ask yourself whether you want to be doing all of this work for a site that you do not even own," Chou writes.

But, honestly, it's not a question of, "Should you use this site, or that one?" That's a distraction from the main issue. How do we ensure creative control over our businesses and livelihoods? How do we reach a point of owning as much of ourselves as possible, so that we aren't constantly at the mercy of mindless, unforgiving megabully, who'll toss their grandma (and all their blood relations) under the nearest bus, if that's what it takes to stay profitable?

How can we establish an alternative infrastructure that's durable and long-lasting, so that others don't have to grovel like their predecessors did, and leave the next generation to reinvent the wheel all over again? How well we answer those questions will determine what really is possible. Because, remember: ownership is everything. --The Reckoner 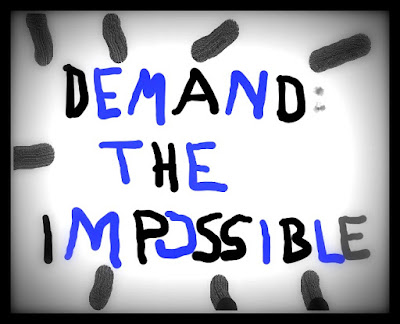 My Wife Quit Her Job
Why Selling On An Etsy Store Is A Bad Idea
Compared To Running Your Own Shop:
https://mywifequitherjob.com/etsy-stores/